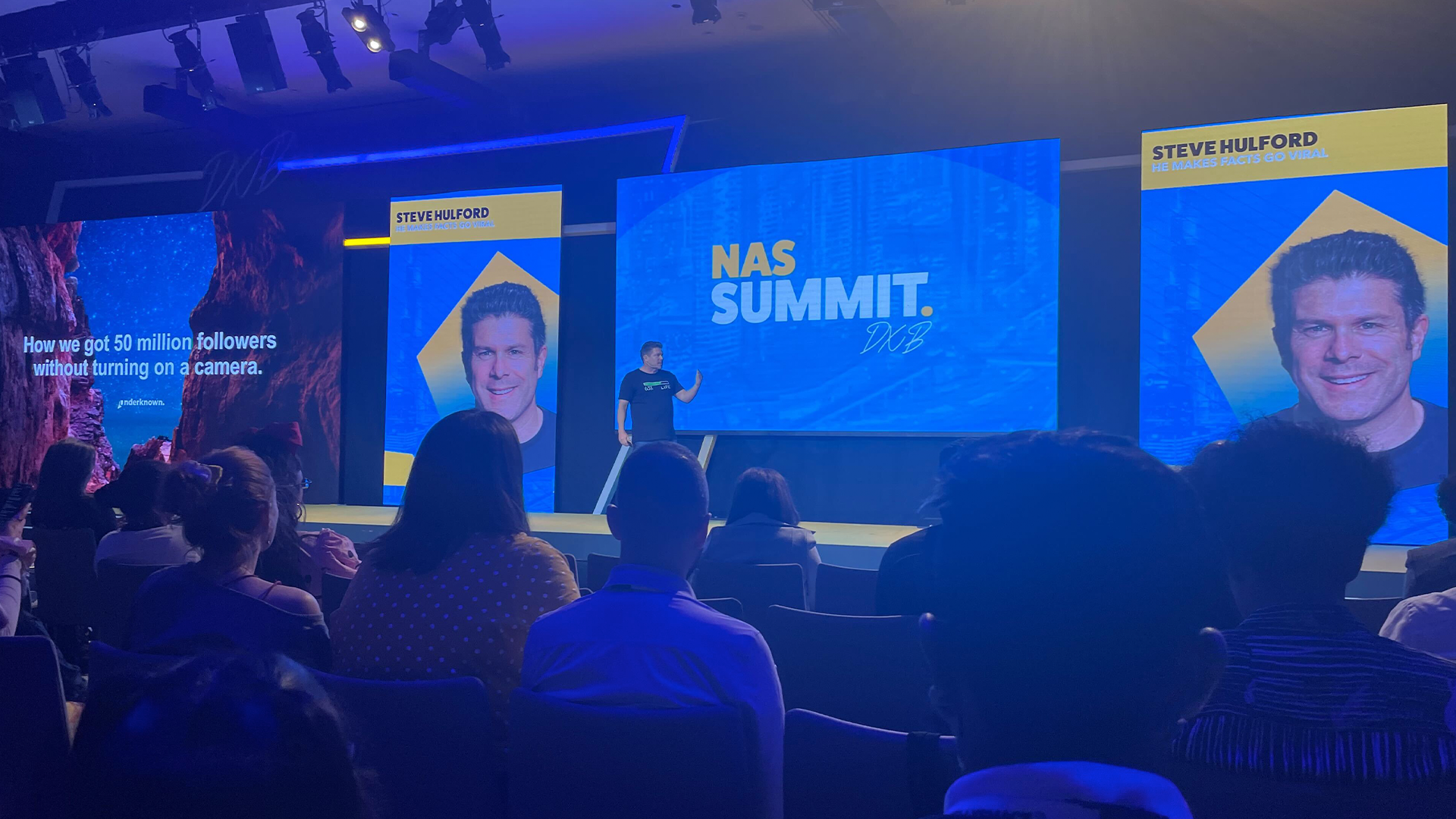 A whole new realm of possibilities is opening up for the creative team at Underknown. The team made their way to Dubai for the famous NAS Summit to give a CEO’s address to over 600 people, celebrate the launch of our newest Arabic channel and, of course, take in some of Dubai’s amazing sights (Burj Khalifa views, desert day trips and exploring old souk markets, anyone?). Vice-President, Operations, Cristina Caballero; Senior Manager of International Channels, Adeline Bailleul and CEO, Steve Hulford were Underknown’s envoys to Dubai. They brought NAS Summit attendees a taste of Underknown’s content and how it will benefit viewers in the Arabic-speaking online market. 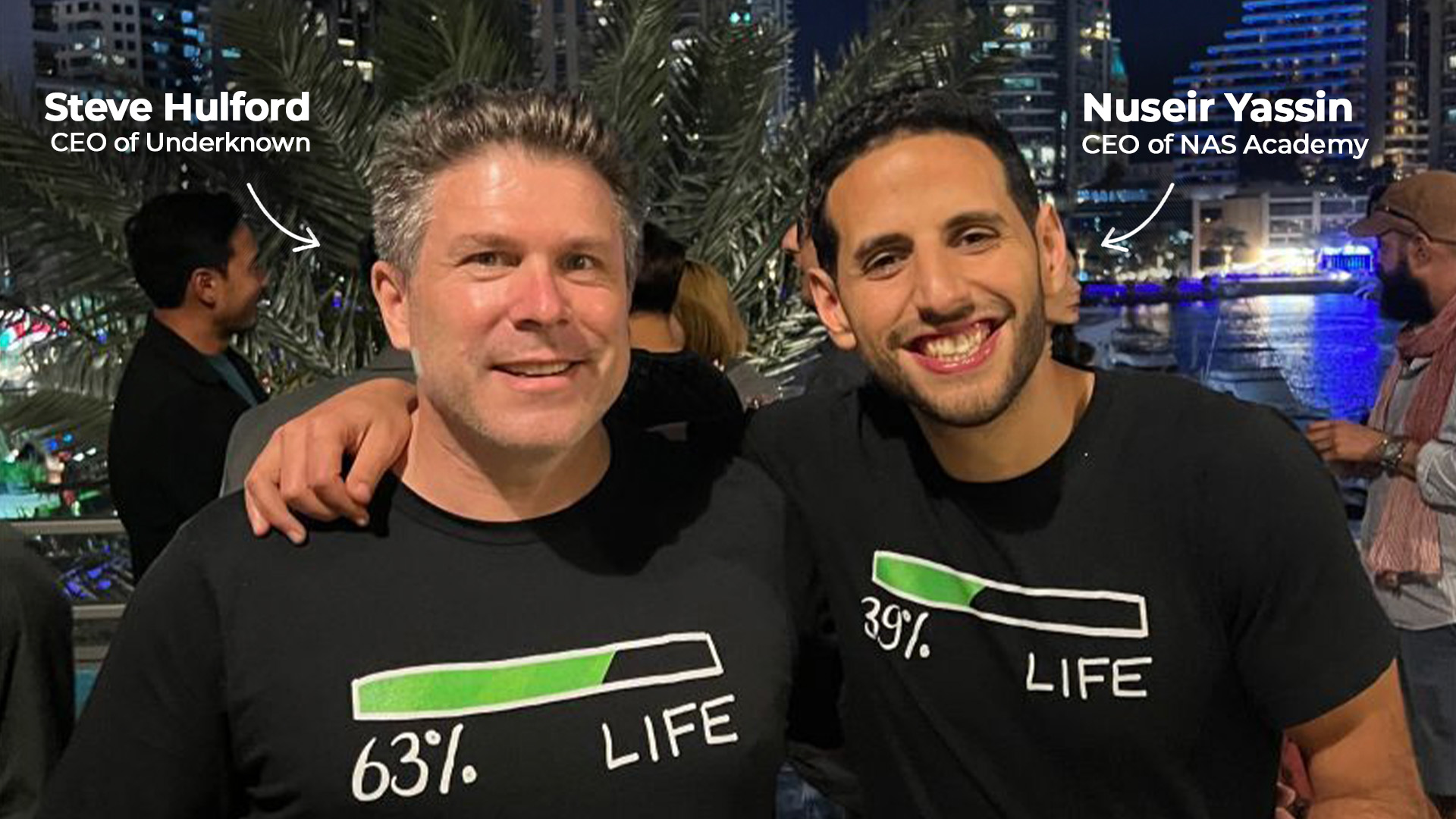 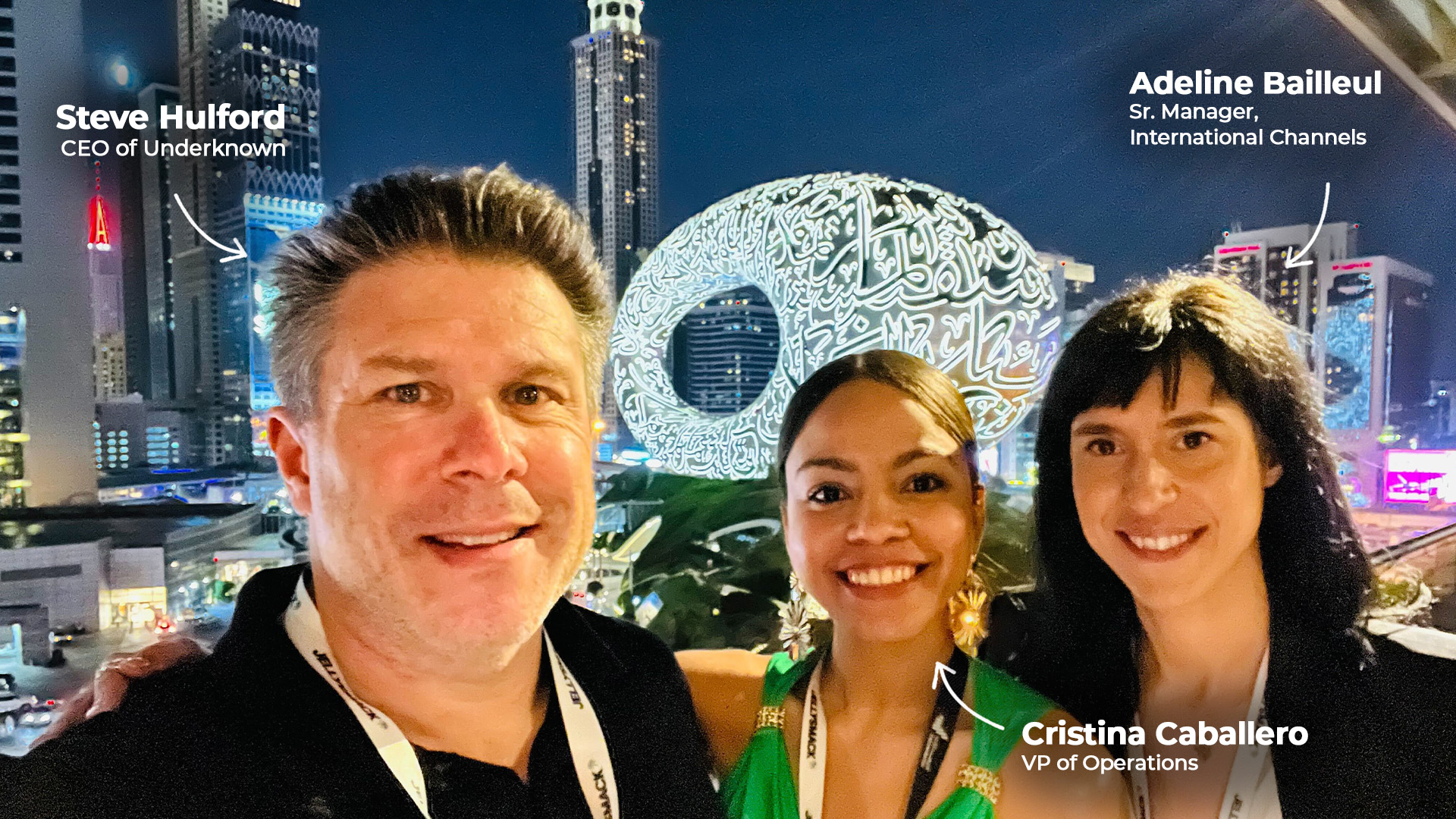 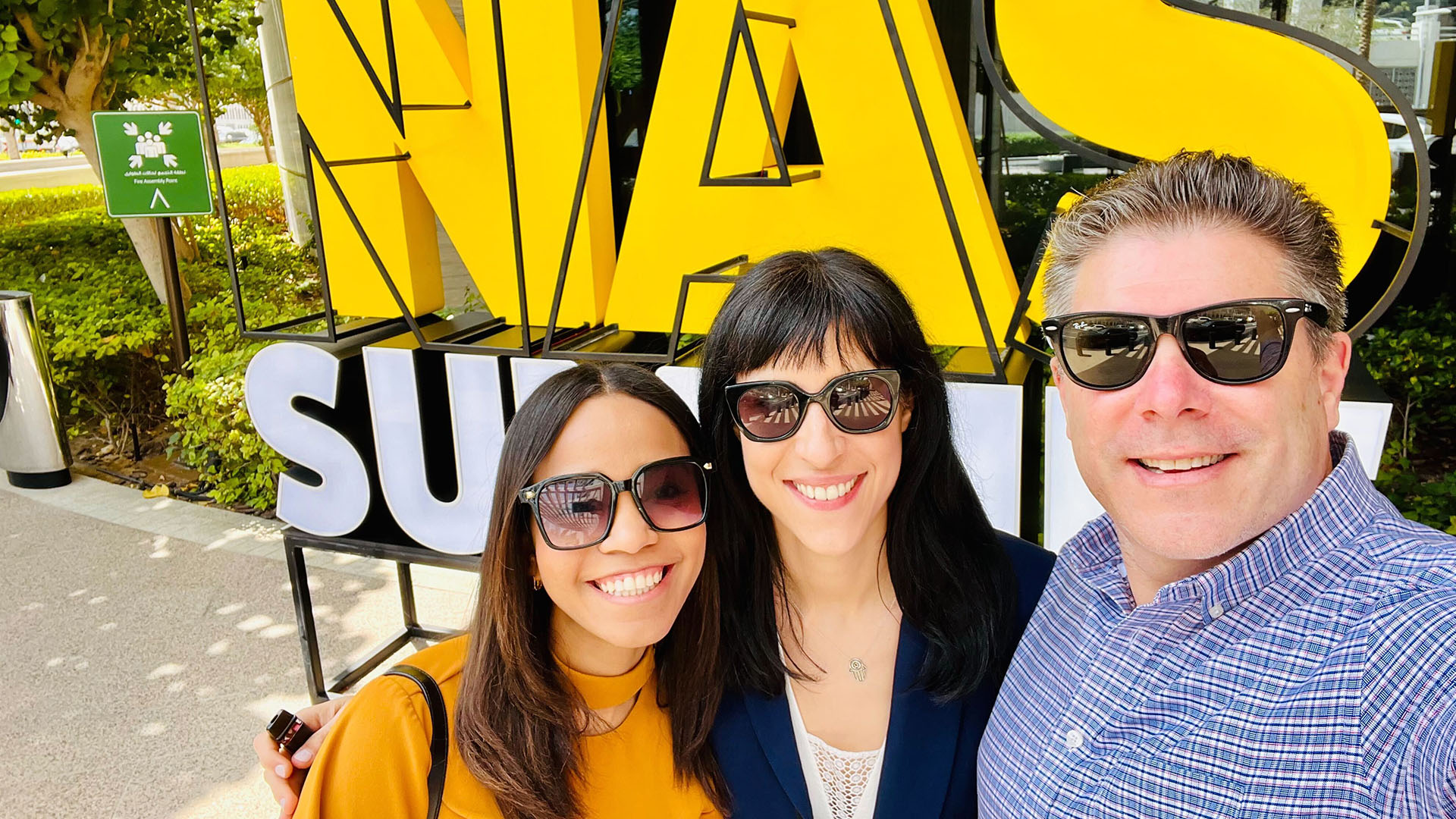 NAS Summit is a conference by and for creators. It self-describes as “a gathering of the most interesting people in the field of social media.” Creatives, startups, investors and everyone who’s anyone in the social media world had a three-day opportunity to mingle with other social media trailblazers from around the globe. They spoke about the creator economy, the ever-evolving world of cryptocurrency and learned from the most talented makers and producers what it means to drive content. What works? What doesn’t? How do you monetize? And what will “content creation” mean to us in the future?

Here’s a little recap of what went down. Underknown CEO, Steve Hulford, took the stage in front of over 600 people at NAS Summit to share the story of how Underknown got 50 million followers ‘without turning the camera on.’ The goal was to share the Underknown journey: how the company evolved from concept to over 50 million followers, how the discovery of success with What If led to scaling up the company through other brands and multiple international channels. Steve also announced the launch of What If Arabic in front of the crowd. Watch a part of his speech below.

“The atmosphere was exciting, euphoric,” says Steve. “We’re very excited and impressed with the city of Dubai.”

So why an Arabic channel? Cristina and Adeline say this was a natural extension of the What If brand. Arabic speakers already want to know “what if.” Why not deliver engaging content to viewers in the MENA region on their own terms?

“Arabic speakers are our fourth biggest audience on What If and we’ve noticed the high demand for an Arabic channel from our community due to a lack of diverse content with the focus that What If has. Around 90% of Arab youths use some form of social media and video is the most popular online activity for young people. For an increasing number of people in the MENA region, social media is a ‘first filter’ through which they access content. The exponential growth of social media in the region combined with the high demand from our community seemed like a perfect fit in our quest to educate, entertain and engage new generations on science and the humanities across the world. NAS Summit was a great time to announce this launch as we had the opportunity to connect with this new generation of change-makers and powerful storytellers from the region.”

In the digital-first media domain, Underknown is ready to reach new heights. The NAS Summit was hopefully the first of many peaks that we will reach as we keep on climbing.

Watch What If Arabic on Snapchat here. 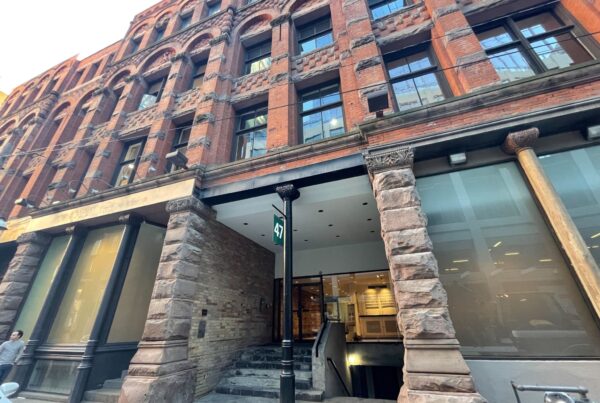 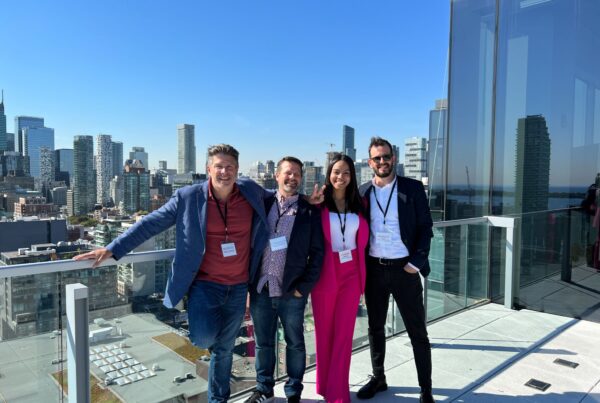 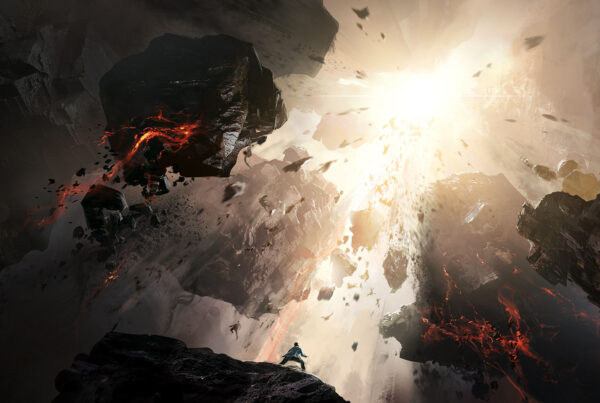